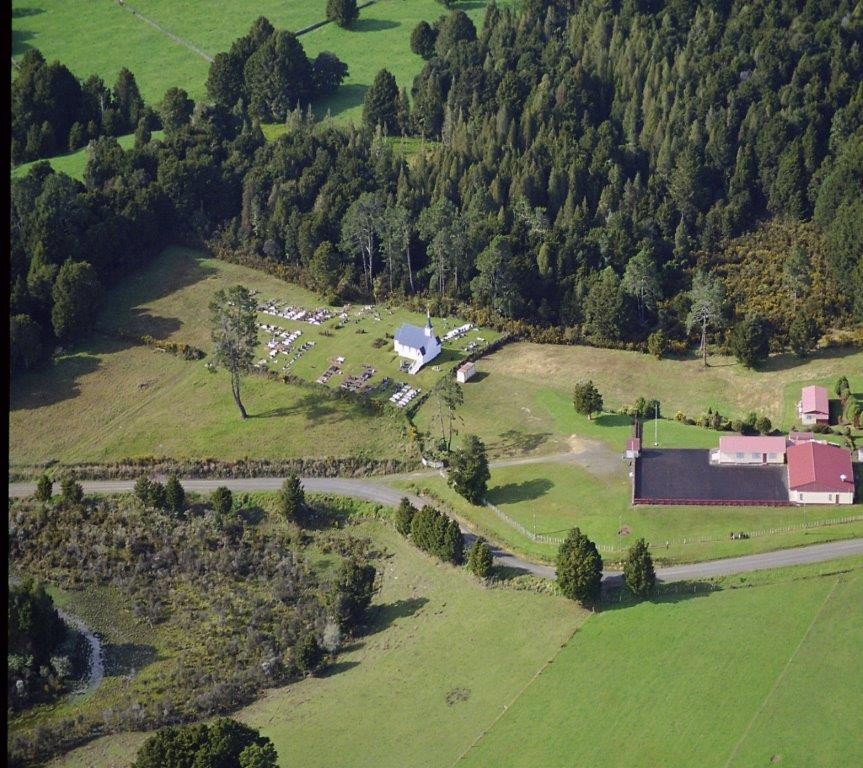 Marae, Maps and a Māori-boy

By all accounts I am a pale-skinned, Māori farm-boy from the Bay of Islands, Northland. Divided by State Highway 10, intersected by a handful of metal roads, and accentuated with the smell of bush, cowpats and fresh air, Oromahoe is one of New Zealand’s many blink-you-miss kinds of places. My childhood here was spent almost exclusively on the paddocks that flanked all sides of the Oromahoe marae. At the time, marae were just another part of life. Their existence: implicit. They were an assortment of buildings on neatly-kept pieces of land that served as the backdrop for social catch-ups, welcomes, nose-presses, kisses, tears, laughter, ashtrays, debates and meals.

Back then, whether just up the road to our marae at Oromahoe, or any other marae in the area, the drive would be spent looking out the car windows at the banks of dusty metal roads searching for Waewae-koukou to make our tawa (mourning wreath). If not combing the outside shrubbery, we’d be thinking of a response for when our father would ask “he aha a tātou nei waiata?” – what’s our song? (Never a particularly enjoyed trivia amongst us children).

As is typical in the north, stepping inside the meetinghouse entailed an almost immediate barrage of kisses and hongi from vaguely familiar aunties, uncles and wider relations who knew us more than we knew them. The onslaught of affection was followed by boredom. Despite our basic household training in mihimihi (oration) and te reo the affairs of the house were foreign to us native children. Following Dad’s mihi and our song, us children would hastily duck outside – heads bowed – lest we be caught by the next kāranga. From there on we’d try to create some sort of entertainment with cousins in a ‘pre-device’ world. The grassy strip to the side of the courtyard hosted games of bull-rush and touch rugby. The concrete-sealed spaces outside the dining hall were the domain of hand-ball or the locally-invented ‘footsy’ in the absence of a ball. Inevitably this ‘fun’ would be interrupted by a summons to prepare tables, serve tea and wash dishes.

Understanding came with age. It was not until I moved away to Auckland to go to university that my marae, and marae in general, moved from implicit to explicit – perhaps because they were no longer ‘next door’. Now, nine years later, Auckland has become Dunedin and getting home is a far more deliberate endeavour. A three-hour jump-in-the-car and drive now follows a $300 (return) flight, requiring purchase weeks in advance. One that not only puts me out-of-pocket financially but exacerbating pressures on study deadlines. I realise today that I, like those before me, are part of the majority of Māori university students that live away from their marae. Or perhaps I am a minority of kin-connected Māori youth who are still drawn to the idea of returning to their papakāinga. I also realise that as I am likely to pursue a career within academia, I will probably have to live away from Oromahoe for a significant part of my life, returning as time, finances and research projects allow.

Enter Maorimaps.com. Māori Maps seeks to respond to an emerging crisis: Māori cross-generational dislocation, assisting Māori in reconnecting, or more simply, locating their home marae-communities. Over eight years Māori Maps has mapped almost all tribal marae of Aotearoa – including GPS data, information, photographs and associated taonga. My role with the project began as a graduate researcher in 2010. Since 2013, I, led by kaihautū Peter Dowling have driven research, marae communication, archiving and content management of the website data.

In the summer of 2014, I joined Paul and Ike Reti (senior advisor, chef, wharekai assessor and man of infinite stories and connections) on the final marae mapping trip. We covered over 9000 kilometres from the Far North east coast; through to the Waikato river-mouth, the western bays of Lake Taupō, back roads of Taumarunui on to Whanganui and Foxton. In total we visited 26 marae that had been missed from previous mapping trips. Many of these marae were isolated from towns at the end of steep, dusty, muddy, gravel and clay roads hidden in beach coves, lakesides or along rivers. At times we were required to roll up the shorts to cross rivers – holding camera and GPS equipment well above the water.

Two marae, for example, in relative close proximity to each other, featured wharenui, kauta, or churches that had existed for over 100 years. One of the marae was surrounded by a modest, yet humming community. As we pulled up, a caretaker on a quad hurtled down the road with a bunch of youth in tow. Instantly we were taken on a full tour of the pride of their papakāinga. Another marae, only a few kilometres away stood by itself, quiet in a paddock, hidden from the road and in much need of attention. To find it we asked locals living nearby, the majority of whom hadn’t heard, seen or knew of it.

These 26 marae, although only a small sample, told a common story. Remaining hau kāinga expressed a concern over the lack of returning descendants – lost to urban centres. Others described the ongoing challenge of surviving in a state of resourcelessness as they confront tribal politics with iwi organisations over funding grants. And so, while some communities appear to be doing well, many continue to face a challenge of staying relevant to their descendants.

Exit PhD. My current doctoral research recognises that marae have been a continuous focus of tribal values for over 800 years in New Zealand (and 3000 plus years in the Pacific), but continue to feel the impacts of land alienation and Post World War II urbanisation. With this background I therefore ask ‘what will our marae-community look like in 100 years?’ in an attempt to find some cross-generational solutions for the next band of Oromahoe-street rats. 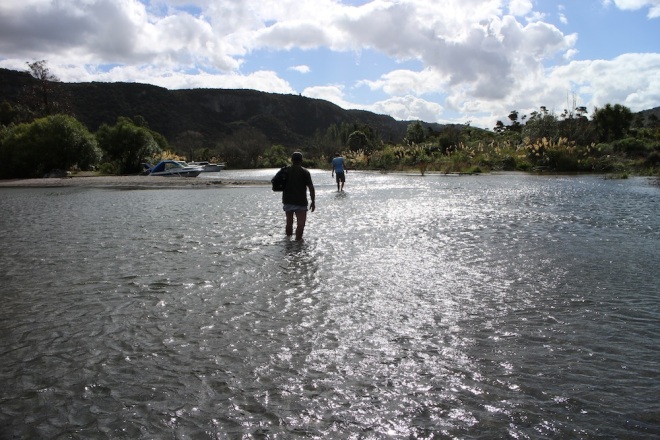