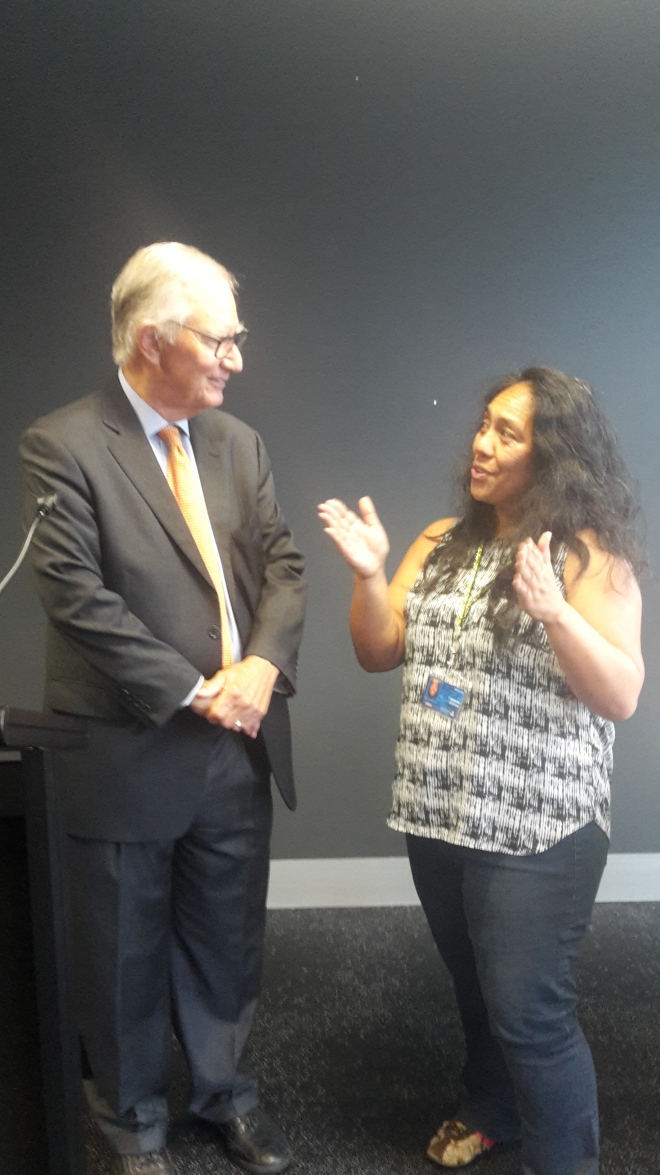 Tom Peters is a recognised business expert and scholar; one of the few select members given the accolade of “management guru” (he hates this term by the way); author of the best-selling book In Search of Excellence, recommended reading for business students and practitioners alike; and an extremely entertaining and thought-provoking speaker.

He is paid ridiculous amounts of money by business and academia to speak to his expertise. He has a new book coming out titled Excellence dividend – Meeting the tech tide with work that wows and jobs that last. By his own admission, he says there is nothing in there that he hasn’t been saying for the last 35 years which is People First.

In a public lecture I attended, this was indeed his core message – People First. But, Really, Put People First! He started rolling through his slides:

That last statement he backed up with the statistic that Corporations where women were on the Board of Directors were 56% more profitable than those who that had a male-only Board.

I don’t think there is anyone in the business world who would not agree with this. Of course people come first. But Peters doesn’t believe the businesses agree enough. Because if they did, they would be more successful than they are. He would not be invited to talk on success – after all, his message hasn’t changed in 35 years.

I approached him afterwards, and as you can see from the image, the hands were in fully-open preach mode. “You know, indigenous peoples have been operating in this way for a lot longer than 35 years. You need a new slide – People First, Indigenous Rule!” Someone else then contributed this to the conversation:

I’m not gonna lie. My initial reaction to this was “Hell Yeah!”

What I didn’t get the opportunity to do is highlight a growing body of indigenous scholarship that demonstrates unequivocally how much we, as indigenous peoples, do put people first in our organisations and businesses – and still enjoy economic and fiscal success. How international innovators are looking to Māori values for creative solutions to business practice. How every indigenous business student I speak with is guided by the same question: How will this decision, this choice, this activity help my people?

It seems appropriate then to end this post with this well-known whakataukī.

What is the most important thing in the world?