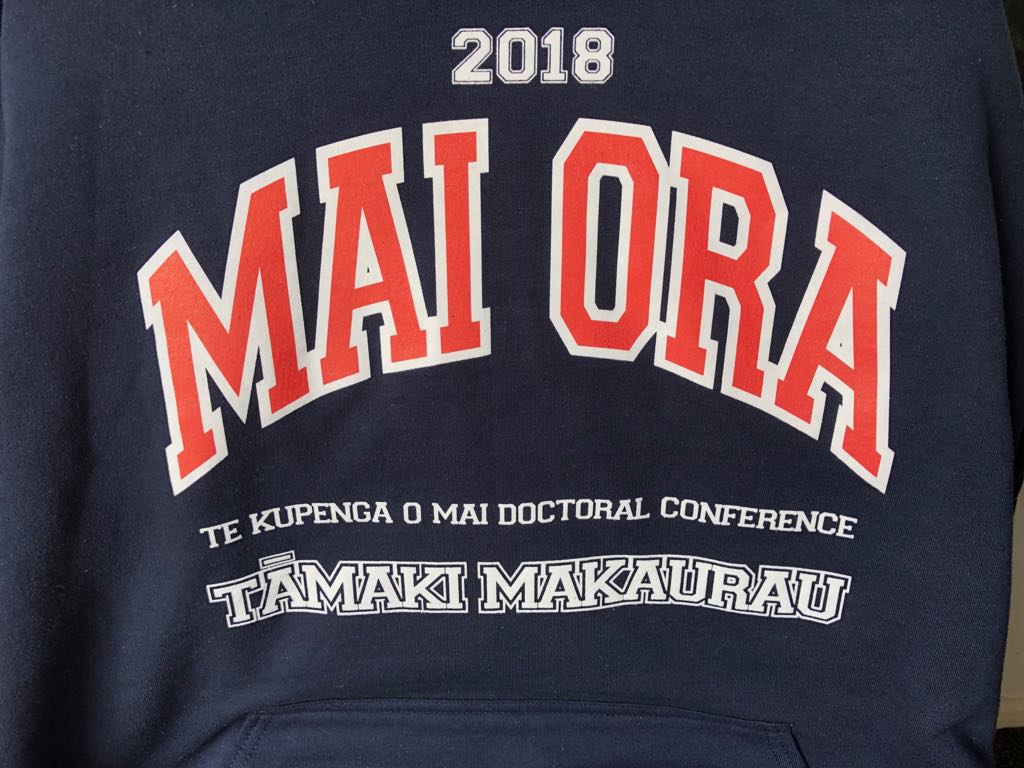 MAI-ki-Aronui & A Few of My Favourite Things

In The Sound of Music (1965, dir. Robert Wise) Julie Andrews’ character Sister Maria, sang that ‘raindrops on roses, whiskers on kittens, bright copper kettles, warm woollen mittens, and brown paper bags tied up with strings’ were a few of her favourite things. I get the cats and the rain… but the kettles? Yeah, nah.

We’ve recently made it to the end of the first year of MAI-ki-Aronui, and on reflection, I’ve thought about the building blocks upon which our rōpū has hinged, and a few of my favourite things came to mind. There aren’t any flowers, animals or knitted items in the list, so – disappointingly – the contents are unlikely to be reshaped into a musical soundtrack like The Sound of Music. Some of my favourite things are:

(Watching NRL games doesn’t make the cut because MAI-ki-Aronui ends after lunch, way before the games start :)). MAI-ki-Aronui is the AUT branch of Te Kupenga o MAI, a Māori and Indigenous PhD network. I graduated with my PhD as a part of MAI-ki-Tāmaki some years back, and I was compelled to pay-it-forward because of the support I continued to receive right up until the end. So when I took on a lecturing role at AUT, MAI wasn’t fully functional, and it became one of my many missions to (re)build MAI into an effective personal and professional network for AUT students.

It was important to base the rōpū on kai, waiata, kapahaka and whakawhanaungatanga, firstly because I needed more than one reason to miss Manaaki’s Saturday morning netball games, which I hugely regret. As they’re all activities I enjoy and it eased my FOMO somewhat. The commensal aspects of kai and whakawhanaungatanga mean they’re the more obvious building blocks for a professional network such as MAI. I really love food. During the last year of my PhD, I distinctly remember saying to Manaaki,

DIALOGUE Manaaki: Māmā, can I have some Tic-Tacs?

The ability to afford ‘nice’ bread came more than eighteen months after I graduated. Just saying. There’s no denying researchers love to talk about their research. Polynesian geeks are the long-windedest! Whakawhanaungatanga between researchers over kai means that fifteen-minute presentations spill into the wharekai for what sometimes turns into two hours of challenging and burnishing each other’s ideas. Such interaction, which forces the PhD off the page and into an open conversation to check it’s rigour in such a way, is actually the point.

Waiata and kapahaka might be less apparent than the other two though. However, both require courage, particularly if you’ve not been brought up singing or performing. Waiata, as in singing, is like an audible wairua escaping the body, but also a constant friend. Waiata, as in song, has a wonderful way of joining people together. Knowing this, I wrote Kei Konei Aronui as a kind of anthem:

Karanga atu, e ngā iwi e (Calling out to everybody)

[Aronui] Te Pūrengi te whare (The name of the wharenui)

Te Kaipara te whare manaaki (The name of the wharekai)

Mai te Rangitūhāhā, Mai te kete a Tānemahuta (From the 12th Heaven, from the basket of Tānemahuta) 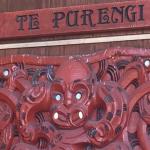 Although most who attended MAI-ki-Aronui were not seasoned singers, confidence came with repetition and in hearing the development of the group. By the end of the year, which manifested in a national doctoral conference, MAI-ki-Aronui had a repertoire of five waiata: a patere, a Mangarevan ditty, a waiata aroha and two waiata-ā-ringa, an amazing effort for a group of Māori and non-Māori researchers who have never done kapas.

Kapahaka, where utilising your body is central, takes waiata to another level. There are rules to maintain; what kind of tū, wiri, and takahi your kapa will execute to show kotahitanga, for example. In the 80s, the rangatahi in our town would go to the Youth Centre to keep us off the streets, as many parents were shift-workers. There was a trampoline, a crash pad, a pool table, badminton, volleyball, and basketball gears, a breakdancing (aka ‘bop’) crew and a kapahaka crew. My brother did the bop, and an older sister did kapahaka. In the beginning, I was too young to perform, but I knew all of the actions and words better than all of them,

DIALOGUE Aunty Sandra, kaiako: (pointing at the 6-year-old me) Gee even this baby knows that this is the action for ‘titiro ki ngā hoea’, far why can’t youse get it?

ACTION my sister (+ most of the front row): side glare evils

DIALOGUE kaiako: Come here Bub, you show them how to do it

INNER MONOLOGUE Jani: Man, I’m gonna get it when I get home…

I was chomping at the bit to stand with the kapa. To wear the pari, the piupiu, the felt-tip moko kauae, to belong to it. Although MAI-ki-Aronui weren’t going to Te Matatini (yet), doing the turbo wiri, a little Waikato takahi, keeping the shoulders back, chest out, and chin slightly elevated but not in a whakahīhī way, meant we were uncomfortable, but all doing the same thing. The discomfiture fell away with more practice and confidence. It was noticeable because they started asking me for more practices!

Singing and performing in public for many researchers is extremely uncomfortable. But leadership is – more often than not – uncomfortable. I am determined that MAI-ki-Aronui will graduate confident academic leaders into the hapū, iwi and Universities.